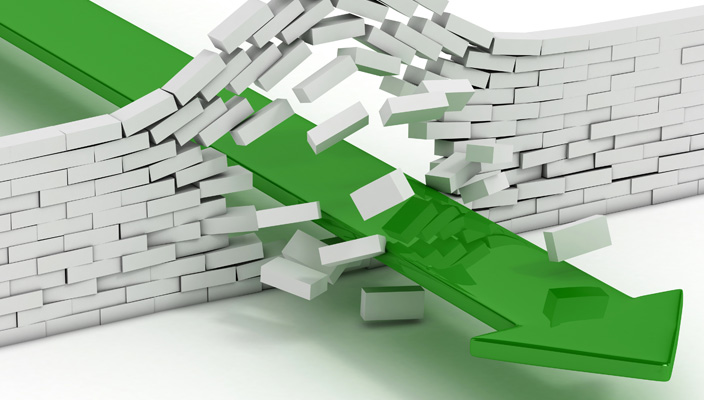 Nigeria has continued to demonstrate her comittment to the fight against HIV/AIDS through various strategies, coordinated by the National Agency for the Control of AIDS(NACA), to ensure that the populace have  unhindered access to  HIV/AIDS treatment services. Mindful of her status as the country with the second  highest burden of the pandemic only next to South Africa, with   dwindling donour funding , vis-à-vis the need to maintain an active population to drive her economy, the country has over the years made profound strides in her national HIV/AIDS and related diseases response.

It is noteworthy to state that Nigeria  has made significant progress in upping the tally of  knowledge and awareness of the populace about the disease. This is evident in the results of verified statistical data which show significant number of people who were counselled, tested and received results as well as the nosediving  prevelence rate of the pandemic in preceding years.

Besides, the prevalence of the  pandemic among women attending ANC dropped from 4.1 percent in 2010  to 3.0 percent in 2014.  Moreover the number of health facilities offering HIV counselling and testing  in 2015 , prevention of mother-to-child transmission of HIV/AIDS  in 2015 increased  significantly. Also a total of 805,072 individuals were placed on treatment compared with 747,382 in 2014.

Nigeria has equally taken stock of structural impediments, which culminated to the enactment of the HIV/AIDS   Ant -discrimination Act 2014 , which was further simplified to enable people of low literacy levels understand its salient provisions and enforce their rights when trampled upon. Currently, the need to expand pre exposure prophelixes among sero-discordant couples, is receiving attention as research is ongoing in three centres of the country  to consider the feasibility of adopting it as a treastment regimen on the general population after successful clinical trials.

However,  evidences indicate that there are some   drawbacks  to the successes of the  national response. One of such is the legal enviroment, which is cited by some experts as a significant concern to the successful implementation HIV/AIDS programme, especially at the programmatic level.

In order to address the gaps, the National Agency for the Control of AIDS, in collaboration with United Nations Development Programme(UNDP), conducted a Legal Enviroment Assessment for  HIV/AIDS Response in Nigeria . This was done with the aim of sstrenghtening the programmatic loopholes to addresss the problems of key populations. The document stated, inter alia:

‘’Partly responsible for higher rates of infection among key population is the programming approach which is not often driven by respect for the rights of key populations and other vulnerable groups.At the centre of any meaningful right based programme are laws and policies that can guarantee respect for human rights and access to services delivered in a dignifying manner. Achieving this can only be possible if the legal and policy enviroment of the country is clearly understood with gaps identified and addressed hence this assessment.’’

Apart from the general populations,the assessment underscored the need of the legal assessment to ‘’identify important legal and human rights issues affecting those at higher risk of HIV infection which include female sex workers, injecting drug users among others. It highlighted the  strategic role the law could play especially the proscriptive, protective and instrumental roles.

The assessmentn which  drew its imputs from a coalition of stakeholders from the human rights institutions, people living with HIV/AID, women groups and existing laws  , according to its authors, revealed a wide range of laws and policies with implications for HIV/AIDS.

‘’It also reveals weak implementations of such laws and policies, often with negative implications for the enjoyments of the rights of people living with HIV/AIDS and especially key populatuions.’’

It cited some old  laws which include laws on prostitution, and conclude that ‘’Such laws are no longer responsive to the current trends and emerging issues in the field that they are meant to regulate. Existing laws were meant to be punitive, thereby driving underground different negative practices and denying key populations access to much needed services.’’

The assessment concluded that for concrete progress to be made in ensuring that people living with and affected by HIV/AIDS enjoy their fundamental human rights, funding for HIV/AIDS by States Agencies for the Control of AIDS (SACAs) should be backed by laws in the respective states.

Other recommendations include: training and retraining of health care providers both in public and private facilities to enhance quality and friendly service provisions; sensitisation, community mobilisation for popularisation of the provisions of the Anti-Discrimination Act and the States level corresponding laws including interpretatin of the laws in local languages;sensititisation of the Police, National Assembly, Key Populations  and members of the public on the provisions and implications of the Same Sex Marriage (Prohibitions) Act.

Other recommendations were to offer legal literacy for the judges and parliamentarians on the support side, engagement of the Bar for pro-bono legal services;  accelerate the implementation of  the National Health Insurance Scheme, general involvement of PLHIV and Key populations in the coordinating entities at federal and states levels for effective response, among others.

Following findings and recommendations of the legal assessment document, NACA coordinated  a National Action Planning Consultative Meeting on Removing Legal Barriers for Effective HIV and AIDS Response in Nigeria  on 22 and 23 September 2016.

.The two-day  meeting brought stakeholders across the country as well as other African regions , including the UNDP Regiomal Office, Ethiopia and Edna sante, a Non-Governmental Organisation, based in Dakar Senegal, ( a sub-recepient of Global Fund Africa Regional Grant aimed at removing the barriers with the goal of strenghtening the legal amd policy enviroment to reduce the impact of HIV and Tubeculosis on key populations in Africa).

It  saw the formulation  of national action plan based on key points of the document’s recommendations revolving around service delivery and enabling enviroment which was presented by NACA, the national coordinator of the response.

The Director General of NACA,  Dr. Sani  Aliyu,   represented by  Dr. Akudo Ikpeazu, Director Programe Coordination, thanked all development and implementing partners for their support to the processes to create enabling legal and policy environment to ease access to HIV/AIDS services.

Describing it as a great opportunity which must be taken seriously, she said the agency has done a lot of work around the key populations in in the last few years and it would continue to play her leadership position to see the envisaged end to the pandemic in the country.

Dr Yinka Falola-Anoemuah, Assistant Director, Gender and Vulnerable Children, said that despite obvious challenges, the aims and objectives of the action plan will be achieved, with a collective resolve and strategic packaging by all partners. She added that with clear focus and good leadership provided by NACA, incremental successes could be achieved until the bigger picture is captured.

She charged stakeholders to ensure proper accountability, ownership and responsibility for particular actions that would be assigned to them to execute, adding that the plan would help ‘’identify who is supposed to be leading a particular action, who to follow up on an action up to community levels’’

Mr David A. Owolabi, M&E Spacialist, RSCA, UNDP office   Addis Ababa,  Ethiepia who represented the global body stated the importance of the action plan. He said it  is an offshoot of a  regional plan for Africa  which aims to strenghten the legal and policy enviroments to reduce HIV/AIDS and tuberculosis impacts on key populations in Africa, targetting aspects like  access to justice for key populations, enhancing  the implementation of supportive work for the target populations among others.

Owolabi urged all stakeholders, who included the government Civil societies, NGOs, key populations, to take ownership of the document as well as responsibility for the   ‘’next steps in terms  of implementation,’’ with the hope of seeing a change in policies and laws in the medium and long term that could support key populations’ access to services.

He expressed hope that the document would be validated in the near future to ensure  that all imputs are reflective of the collective thinking of  all participating  stakeholders. Moreover the validated document would be a reference and a base for further engagements key  development partners  implementation partners and policy drivers.

Nguissali Turpin, Programme Manager, ENDA Sante’ Senegal said the activities were just part of  the beginning of the process,which will culminate to validation and then implementatin. He thanked NACA for its coordination role and the UNDP for its support to see the action plan processes.

Representatives  from UNAIIDS, Centre fòr Disease Control (CDC) United States Government also  gave their goodwill nessages, highlighting the importance of the meeting and its expected outcome  on people living with and affected by  HIV/AIDS in the counytry and the  African region.

There was also  an elaborate  interactive session,  which allowed stakeholders to air their views on their experiences with the implementation, particularly as it affects People living with the virus and  institutionans. stakeholders robustly  engaged with   the `National  Human Rights Commission and  Federal  Ministry of Justice on the systemic dynamics used to tackle most of the human rights abuses and handling of complaints brought by complainants.  They emphasised a continuous human rights education of the citizenry to help them access legal services offered pro-bono when such need arise.