HomeNewsMDGIntroduction to MDG Programme on HIV/AIDS 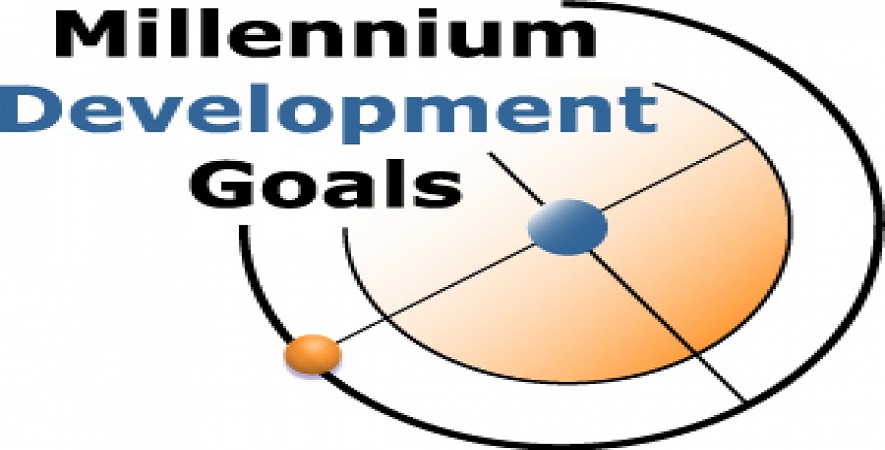 Declaration of 2000 marked a global partnership for creating an environment conducive, at the

National and global levels, to the elimination of poverty and the promotion of sustainable human development.  To this end, the United Nations (UN) agreed on a number of development goals to be achieved by all countries of the world within a fifteen-year span (2000-2015), called the Millennium Development Goals, MDGs. The MDGs are clearly quantified targets for addressing extreme poverty in its many dimensions – income poverty, hunger, disease, inadequate housing – whilst promoting gender equality, education and environmental sustainability.

Since year 2000, UN member nations including Nigeria have keyed into the goals and set up their strategies for achieving them. With the deadline for meeting the MDGs only two years away, many countries, including Nigeria, have introduced strategies to accelerate progress towards the set targets by end of 2015. Nigeria has recorded remarkable success in almost eradicating polio, reducing the number of cases by 98 per cent between 2009 and 2010. Another marked success was the decline in the prevalence of HIV among pregnant young women aged 15-24 from 5.8 per cent in 2001 to 4.1 per cent in 2010. The most recent survey, the National HIV/AIDS and Reproductive Health Survey (NARHS) estimates a prevalence of 3.4% among the general population. Whilst the national scenario is commendable, some states and population groups still have high prevalence rates that require urgent policy attention. The Millennium Development Goals Performance Tracking Survey Report 2012 states that the poor and the uneducated are the most vulnerable group. The report went further to state that it is likely that children born to the poor and uneducated women constitute a higher proportion of children born with HIV/AIDS, a situation that may subsequently aggravate the incidence of under-five and infant mortality among the children within these categories of households.

The last five years has seen significant progress in the national response to HIV. The national prevalence has levelled out and started declining and Nigeria is currently classified as having a stable change in the incidence rate of HIV infection among adults.  Many more people are having access to antiretroviral drugs when compared to five years ago, and impact of behavioural change interventions are becoming evident.  In spite of the progress made, Nigeria still remains one of the most burdened countries globally with over 3 million people living with HIV. There are significant gaps in the number of people on treatment and limited domestic financing for the HIV response. NACA collaborates with wider stakeholders to promote leveraging of resources across sectors and holistic approach to HIV/AIDS for improved effectiveness and efficiency. This ultimately translates to more people reached with more health services through optimal application of available resources. Equitable access to health services is also vigorously pursued through various strategies across all programmes to facilitate speedy attainment of national targets. Our common goal remains to halt and reverse the spread of HIV by 2015 and in so doing contribute to the attainment of the MDGs and the national development goals including the President’s Transformation Agenda and the vision 20:20/20.

The National Agency for the Control of AIDS (NACA) received funding from the Office of the Special Assistant to the President on the MDGs under the DRG-MDG fund for 2013. Building on the initiatives of the 2011 MDG programme, the fund was used to support scale-up of HIV prevention interventions and socio-economic empowerment of vulnerable women, road transport workers and allied population, young people and general population in Nigeria. In particular, underserved populations and rural locations were targeted with integrated healthy interventions, particularly malaria and HIV/AIDS services.