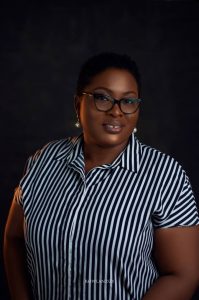 Manuela Songo George-Izunwa has been on the Board of the National Agency for the Control of AIDS since 2018 and sits on its committee on General Purpose. Prior to her present posting, she was the Commissioner for Women Affairs and Executive Council Member of the Rivers State Government from 2009-2011. She is Founder and Chief Executive Officer, Girls’ Organisation for Leadership and Development (GOLD) an NGO; Co-Pastor/Administrator, Gateway International Church, and Executive Director Sitrid International School. 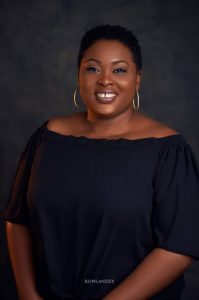 She graduated from Rivers State University of Science and Technology, Nkpolu, earning a Bachelor’s degree in Law in 1998 and was called to the Nigerian Bar in 2000. She also holds a Master of Public Administration (MPA) from the University of Port Harcourt (2018). With vested interest in innovation and value adding initiatives, Manuela has attended (and hosted) several conferences, trainings and workshops home and abroad which include Women Affairs and Social Development 13th National Council Meeting 2011, Sheroes Conference, Dubai UAE 2016, Stretch Summit, 2018, 2019 and The Women in Leadership Possibilities Conferences in Port Harcourt etc.

Manuela George-Izunwa is an outstanding administrator proficient in organisational development as well as a seasoned public speaker and counsellor.  She is a life-coach with a peculiar interest in the Girl-Child, Women’s Rights, Peace-Building and Community Development Endeavours. Also an excellent writer, she has authored many books. She is a member of the Nigerian Bar Association (NBA), Health Development Guild of Nigeria (HDgN), Institute of Chartered Mediators and Conciliators (ICMC) amongst others.